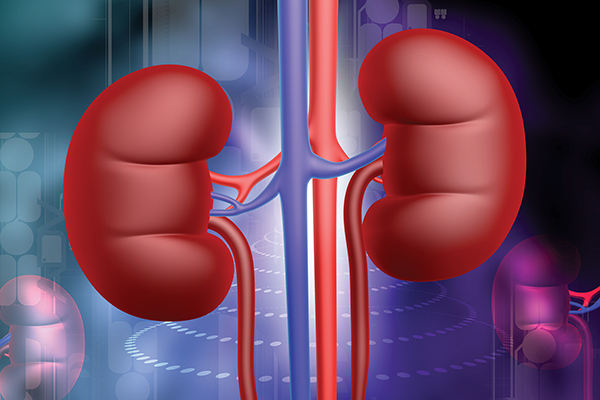 Recent data from the Centers for Disease Control and Prevention shows more than 35 million Americans are affected by kidney diseases (CKD) ... that's one in every seven adults.

Complicating the issue, it is estimated a staggering 96 percent of those with early kidney disease, when interventions are most effective, don't realize they have CKD. Adding to the problem, the number of available treatment options have been limited for many years ... although that is now beginning to change through the efforts of the Kidney Health Initiative, KidneyX and a new executive order from President Donald Trump. 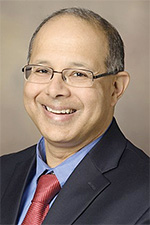 Prabir Roy-Chaudhury, MD, PhD, FASN, FRCP, serves as Councilor for the American Society of Nephrology (ASN), which has nearly 23,000 members across more than 130 countries. He noted the gallows humor in the field used to be that you could step away for 10 years, come back, and not have missed a thing. Despite the status quo, he said providers and researchers have long been keenly aware of the desperate need for improved care options.

"If you have 100 people starting off on hemodialysis, at the end of three years only 50 of them would be alive. That is a mortality (rate) that is worse than most every form of cancer," he said. Yet, there have been 153 new U.S. Food and Drug Administration (FDA) approvals for cancer drugs over the last two decades compared to 23 for kidney diseases according to statistics from CenterWatch.

"Kidney disease is common. It kills people, and quality of life is poor," said Roy-Chaudhury, who serves as professor of Medicine and co-director of the University of North Carolina Kidney Center. "Despite this terrible triad, we've really had very little innovation in kidney disease treatment."

However, he continued, that began to change in 2012 with a memorandum of understanding between ASN and the FDA for a unique public-private partnership, which was signed by both organization's leadership at the time, Ron Falk, MD, FASN, and Commissioner Margaret Hamburg, MD. To marshal resources, support ongoing research, advance clinical trials and spur innovation in the development of patient-centered therapies, the ASN joined forces with the FDA to create the Kidney Health Initiative (KHI). Roy-Chaudhury, founding ASN co-chair of the KHI, noted the partnership has been a game-changer in creating a roadmap for innovation. He added KHI - which is currently led by Ray Harris, MD, PhD, of Vanderbilt University Medical Center and supported by ASN staff - is a true team effort.

From 2000 through 2011, there were eight FDA drug approvals for kidney disease. There have been 15 since 2012. Although excited about the progress, Roy-Chaudhury said, "We should be having a lot more biologics, new devices and new drugs coming in for kidney patients." Still, he continued, "We're really moving in the right direction."

Recognizing the need to create a proper foundation for future innovation, Roy-Chaudhury noted, "We've done a lot of tangible things within the Kidney Health Initiative, but by far the most important thing is the Kidney Health Initiative has created a platform for diverse stakeholders meeting and coming together." He added the KHI connects health professional organizations, patient organizations, large pharma, small biotech and a range of federal agencies including the National Institutes of Health, Centers for Medicare and Medicaid Services, and the Centers for Disease Control and Prevention, in addition to the FDA. "In the long run, this will have the most impact," he noted of the open dialogue between stakeholders.

Other large-scale projects to date include hosting workshops, setting data standards, publishing white papers, establishing clinical trial endpoints and creating an overall plan for patient-centered kidney disease management and treatment. "All of these outputs created a substrate, which is going to facilitate the passage of drugs, devices and biologics in kidney disease," he said.

Just as there is collaboration within KHI, Roy-Chaudhury is equally encouraged by the establishment of other kidney-focused cooperative efforts. The kidney innovation accelerator KidneyX, led by John Sedor, MD, of the Cleveland Clinic, is another ASN public-private partnership. Working with the U.S. Department of Health and Human Services (HHS), KidneyX hosts prize competitions around specific kidney needs with funding going to winning ideas. "I think this can really change how we care for people in the next 10 years," said Roy-Chaudhury.

He also expressed great excitement over the "Advancing American Kidney Health" executive order signed last summer. CMS has proposed new reimbursement models to encourage preventive care, home dialysis and transplantation, and HHS has outlined three primary goals to improve kidney health. The first is to reduce the number of Americans developing end-stage renal disease (ESRD) by 25 percent by 2030. "It's an audacious goal," said Roy-Chaudhury, "but I think it's going to push us to develop new therapies that will prevent the progression of kidney disease."

The second goal is to have 80 percent of new ESRD patients in 2025 either utilize home dialysis or receive a transplant. While recognizing there are different views on timing among stakeholders, he noted, "I think we all recognize the status quo that has gone on for such a long time has to change."

The third goal is to double the number of kidneys available for transplant by 2030. To meet that target, the executive order calls for HHS to expand support for living donors, look at reforms in organ procurement and management, and encourage development of wearable or implantable artificial kidneys. Additionally, Roy-Chaudhury said the relevant groups also are focused on public awareness and education, as well as primary and secondary prevention.

"It's a nice example of how government and the kidney community have come together to synergize development of new therapies, and I think that's going to have exponential impact on patients," Roy-Chaudhury said of the growing momentum among the collaborative efforts.

"Above all, I strongly believe that if you can get smart and committed people and organizations together and get them to focus on a problem they are all interested in, then good things can happen ... and sometimes it's like magic!"