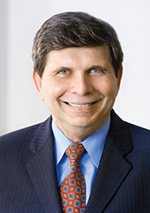 A summary of complaints & the responses in suit against local providers

Methodist Le Bonheur Healthcare and West Clinic engaged in a patient referral and kickback scheme that generated more than $1.5 billion in new revenue for Methodist and more than $400 million in payouts to West physicians over several years, according to allegations in a lawsuit brought by two whistleblowers against the Memphis medical giants. 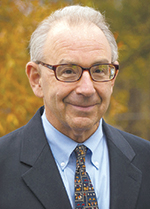 Jeffrey Liebman, who previously served as Methodist's CEO, resigned from the organization and filed the suit in 2017. He is now CEO of CharterCARE Health Partners in Providence, R.I. Joining the suit is Dr. David Stern, who served as dean at the University of Tennessee Health Science Center until 2019 and was a Methodist board member until being removed in 2017.

The suit was sealed for two years during a government investigation. In September, 2019, the government decided not to intervene, but the case continues to be monitored, said David Boling, public information officer the U.S Attorney's office in Nashville.

Neither Liebman nor Stern responded to requests for interviews and attorneys for both sides declined to comment.

In addition to the Methodist and West systems, other named defendants include West executives Dr. Lee Schwartzberg and Erich Mounce, and former Methodist executives Gary Shorb and Chris McLean. 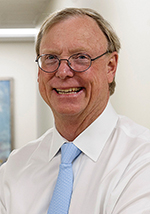 "Over two years ago, The West Clinic became aware that the government was reviewing its affiliation with Methodist Le Bonheur Healthcare. West fully cooperated with the government in that review. In December 2019, it was revealed that the government's review was the result of a lawsuit filed by a former Methodist Le Bonheur executive and a former dean at the University of Tennessee's Health Science Center," CEO Mitch Graves replied in a written statement. "West also learned that after conducting an extensive investigation, the government chose not to intervene in this lawsuit. We are disappointed that these individuals have filed this lawsuit. West vigorously disagrees with the allegations in the complaint and looks forward to having the opportunity to prove them incorrect in a court of law."

"Methodist Le Bonheur Healthcare upholds the highest standards and complies with all legal and regulatory requirements. Our professional agreements with The West Clinic and its physicians provided needed medical services for cancer patients," the healthcare system responded in a written statement. "We are certain that closer examination of our agreements with West Clinic will make it clear that these were agreements built on integrity, and focused on a shared approach to elevating the quality and scope of cancer care in our community. We cooperated fully in the government's investigation of these allegations, and we are pleased the government has decided not to intervene in the lawsuit at this time. The lawsuit lacks merit, and we will continue to vigorously defend ourselves."

The suit claims that in 2011, West moved to end its two-decade patient referral partnership with Baptist Memorial Health Care with the intention of building a lucrative cancer patient referral pipeline to Methodist because of an expected "windfall" of profits for both facilities.

Plaintiffs allege that West physicians received hundreds of millions in dollars for referring cancer patients to Methodist, and Methodist saw profits jump from increased admissions, therapies and treatments for those patients. Damages to Medicaid and Medicare, the suit claims, exceed $800 million.

Under the False Claims Act (FCA), liability would triple that amount, bringing the total damages to more than $2.4 billion. In fraud cases in which the government intervenes, plaintiffs may receive between 15 and 25 percent of the amount recovered by the government. In cases that do not involve government intervention, plaintiffs may receive between 25-30 percent of any proceeds that are awarded.

The suit asserts that West doctors leveraged Methodist's status as a nonprofit health care system to gain access to the federal 340B Drug Pricing Program that allows covered entities such as Methodist to obtain expensive cancer drugs at steep discounts. The suit further claims that West profited from the retail sale of those drugs at much higher charges to patients and insurance companies, and alleges that the complexity of the 340B program and the federal government's "lack of sophistication" in being able to uncover such a partnership provided a "safe" way to share profits.

If substantiated, such acts could violate the federal AntiKickback Statute (AKS), which prohibits healthcare systems from offering financial incentives or offers of payment for referrals that would lead to reimbursements from federal health programs. In this case, the suit alleges that from 2012-2018 Methodist paid West physicians more than $400 million in exchange for patient referrals, and those referrals by West physicians generated more than $1.5 billion in revenue for Methodist.

In addition, the suit alleges that Methodist paid West $25 million from 2012-2018 for non-existent management services. And Methodist invested $7 million in a West-owned research company, with about $3.5 million of that amount used to reimburse West doctors who had personally financed Vector's losses.

The Methodist/West partnership ended in late 2018 when West announced plans to join OneOncology as a founding member. Defendants point out that timing coincided with a nearly 30 percent decrease in the Medicare payment rates for drugs that covered entities were able to purchase through the 340B program.

In early 2019, West purchased its nearly 200,000-square-foot medical building at 7945 Wolf River Boulevard from Methodist. Following the dissolution of the partnership, Methodist announced its own plan to form the Methodist Cancer Institute.

Earlier this year, defendants filed a motion to dismiss the suit. No settlement has been reached and the discovery process continues for both sides. A hearing may occur in early 2021.