Racial disparities between asthma prevalence, severity and morbidity have been well documented in numerous scholarly journals. A recently published article in the Journal of Allergy and Clinical Immunology (JACI) drilled down on emergency department utilization between self-reported black and white patients, finding that while self-reported black patients were more than twice as likely to visit an ED, those disparities disappeared when factoring out social determinants and related environmental exposures.

The research, published in JACI on Jan. 8, stemmed from the National Heart, Lung and Blood Institute's Severe Asthma Research Program (SARP). Lead author Anne M. Fitzpatrick, PhD, RN, an associate professor of Pediatrics at Emory University School of Medicine, explained SARP is a consortium of investigators at institutions across the country who have been granted funding to build the knowledge base related to severe asthma.

"Each investigator has their own unique interest, but together we make a really great partnership," she noted. "By pooling our resources and creating a shared group of individuals, we can now answer questions we wouldn't be able to answer on our own." Fitzpatrick added that while asthma is common, severe asthma is less so. "We think about 5 percent of asthma patients have severe asthma," she said.

That relatively small patient sample made it difficult for any single researcher or team to gain enough critical mass to make the clinical determinations that can be achieved by looking at a larger patient pool through SARP. In her clinical practices, Fitzpatrick said she had observed black patients utilizing the ED to care for asthma significantly more often white patients. However, she continued, before the national study through SARP, it was hard to know if that usage pattern was specific to Atlanta or the Southeast or held true nationally.

Looking at entrance to the health system through the ED along with a prescription for steroids, which indicates a severe asthma episode, Fitzpatrick said researchers thought they would get a straightforward answer to the question of why self-reported black patients used the emergency department more frequently than self-reported white patients for severe asthma. "What became immediately apparent," she continued, "is that it was like comparing apples to oranges. Almost every baseline characteristic we looked at between black and white patients was different."

A laundry list of economic and social variables - from increased environmental exposures to decreased access to resources - factored into a patient's ultimate arrival at the ED for asthma treatment. Once inverse probability of treatment weighting was used to balance for these variables, Fitzpatrick said the difference in ED usage ceased to be statistically significant.

"I think the encouraging thing about our results is they are not pointing to genetics or biology," Fitzpatrick continued. "That's a good thing because we can design interventions," she added of addressing the root causes of the disparities.

She added that while ED usage was the primary outcome studied, secondary outcomes included use of inhaled corticosteroids, physician office visits for asthma and asthma-related hospitalizations. "Outpatient visits for asthma were much less in black patients," she said, adding the study found black patients were 43 percent less likely to see a physician or other provider for asthma care in the community. "It tells us our efforts toward outpatient management of asthma are not sufficient."

Noting the black patients in the study tended to be more economically disadvantaged than the white participants, Fitzpatrick said social determinants loom large. "These medications for asthma are expensive, and there are very few generics," she said. "These are real world problems," Fitzpatrick continued of trying to decide between using limited resources to care for your children or purchase your inhaler.

She noted the nature of asthma also adds to the problem. "Asthma is one of those diseases where some days you feel really good, so you skip your medicine. It's like a perfect storm," she continued. "You feel okay, but inflammation is actually building up."

The SARP findings have opened the door to many more questions. Does more time need to be spent on health literacy and disease education? Can access to care and affordability of medicines be improved? Is there a cultural mistrust of the health system? What are the best ways to reach the target audience for improved outpatient management? What steps should be taken to address environmental factors?

This initial ED usage report came from the first year of observation of 579 participants ages six and older. Follow-up reporting from SARP investigators will continue over the next few years. While this new report doesn't offer specific solutions to the larger issue of disparities, Fitzpatrick said it's a first step to further study. Knowing the role of social determinants on ED utilization allows other investigators, public health officials and policymaker to look for specific interventions to address the non-biological factors exacerbating severe asthma. "It's good because we can do something about it," she concluded.

All of Us Looks to Improve Care for Each of Us 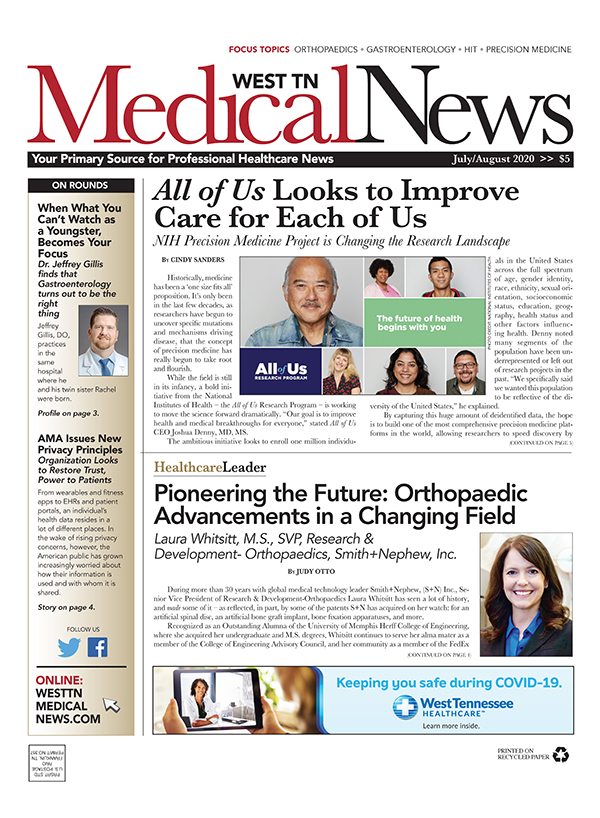 When What You Can't Watch as a Youngster, Becomes Your Focus