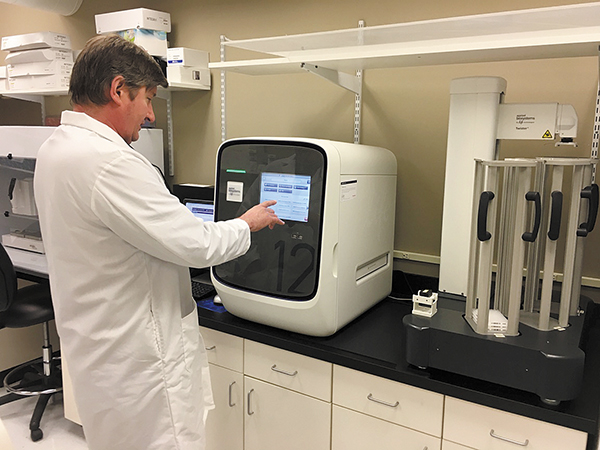 It's hard to make an informed decision without having all the information. A suspicion of an infectious disease or autoimmune disorder ... even if grounded in clinical experience ... still requires confirmation. Some tests take days, weeks or months to hone in on a specific virus or bacterium. In the case of autoimmune disorders, landing on a solid diagnosis could take years.

Technology, however, is speeding up the process. Researchers are beginning to unlock the potential of RNA as a diagnostic tool capable of getting answers more rapidly and in a cost effective manner.

For nearly three decades, scientists from around the world have contributed to the body of knowledge surrounding CRISPR - Clustered Regularly Interspaced Short Palindromic Repeats, which were originally discovered as DNA sequences in bacterial genomes. However, it has only been in the last few years that scientists have shown how to engineer CRISPR-Cas9 to more effectively and efficiently edit the genome in both mouse and human cells. 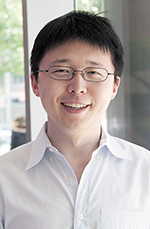 Building off their respective bodies of work, Feng Zhang, PhD, from the MIT Broad Institute; James Collins, PhD, of Harvard's Wyss Institute who is also affiliated with Broad; along with several other colleagues co-authored a paper in Science this past April describing the adaptation of a CRISPR protein to target RNA to create a highly sensitive, inexpensive, rapid diagnostic tool. 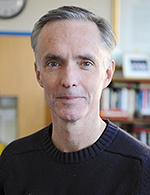 Hailed as having the potential to transform research and global public health, the technology has been dubbed SHERLOCK - Specific High-sensitivity Enzymatic Reporter unLOCKing. "SHERLOCK is a different application of a CRISPR system - using CRISPR not for editing the genome but to detect and diagnose biological material," said Zhang.

"We can now effectively and readily make sensors for any nucleic acid, which is incredibly powerful when you think of diagnostics and research applications," said Collins. "This tool offers the sensitivity that could detect an extremely small amount of cancer DNA in a patient's blood sample, for example, which would help researchers understand how cancer mutates over time. For public health, it could help researchers monitor the frequency of antibiotic-resistant bacteria in a population. The scientific possibilities get very exciting very quickly."

SHERLOCK utilizes Cas13a, a different CRISPR-associated protein than the gene-editing tool. Working together the Zhang and Collins teams found a way to amplify Cas13a sensitivity utilizing body heat to boost the levels of DNA or RNA in their test samples, according to materials provided by the Broad Institute. After increasing those levels, the team then applied another amplification step to convert the DNA to RNA, thereby enabling them to increase the sensitivity of the RNA-targeting CRISPR by a millionfold in a manner that can be used in almost any setting.

The new tool is so sensitive that it can detect the presence of as little as a single molecule of a target RNA or DNA. Reaching out to colleagues at Broad studying Zika, researchers in Zhang's lab were able to take the raw serum, or urine samples, and input it into their SHERLOCK reaction. In a matter of a few hours, they were able to detect very low levels of Zika, which is critical since there often is only a very small amount of the virus in the body even in patients who are quite sick. 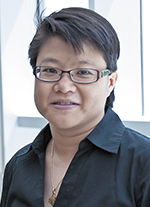 The new tool can be designed for use as a paper-based test that doesn't require refrigeration, which also makes it very exciting as a diagnostic tool in remote settings with little access to advanced equipment. "Diagnostics in the infectious disease field is actually very unique from diagnosing any other disease and that is that time is of the essence. People die even with each passing hour if we can't make the correct diagnosis," said Deborah Hung, MD, PhD, one of the co-authors and co-director of the Broad's Infectious Disease and Microbiome Program. Rapid results from SHERLOCK could provide needed information to guide patient management in a much shorter timespan. "There is still much work to be done, but if SHERLOCK can be developed to its full potential, it could fundamentally change the diagnosis of common and emerging infectious diseases," she stated.

"If SHERLOCK can help to diagnose and prevent spread of disease, then I think that would be really impactful," concluded Zhang.

Specialty diagnostic company IQuity leverages machine learning as a core part of a breakthrough RNA analytics process that hones in on a number of autoimmune disorders, which have traditionally been difficult to pinpoint with speed and accuracy. 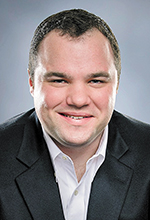 Chase Spurlock, PhD, co-founder and CEO of IQuity, said the technology originated at Vanderbilt University Medical Center. He and IQuity co-founder Thomas Aune, PhD, both worked on the RNA platform before licensing the technology from the university. The pair has continued to enhance the analytics process and expand its application across neurology, gastroenterology and rheumatology through a robust R&D program.

"The underlying question is can we look inside cells, look at RNA, and identify an RNA fingerprint that is indicative of a certain disease?" Spurlock said of the company's foundational question. "The answer is 'yes.'"

Spurlock noted IQuity is built on almost 15 years of research. He added the last couple of years have been focused on finalizing the technology and preparing a go-to-market strategy. The company is in the process of a national rollout of their first IQIsolate platform focused on diagnosing multiple sclerosis.

A gastro panel is scheduled to launch later this summer to distinguish inflammatory bowel diseases including Crohn's and colitis from irritable bowel syndrome (IBS), which is not an autoimmune disease. In the fall, the neurology platform is slated to roll out to help providers identify fibromyalgia versus rheumatic disease including rheumatoid arthritis and lupus.

He explained the proprietary IQIsolate process analyzes RNA expression data from a blood sample to look for the presence or absence of disease at the cellular level. The test panels 'rule in/rule out' a suspected autoimmune disorder and can be ordered from the earliest onset of symptoms with results being sent to providers in as little as a week. Prior to this new technology, Spurlock continued, clinicians have been vexed with trying to reach a definitive early diagnosis for autoimmune diseases, which often have similar symptoms and typically fluctuate between periods of active disease and remission.

"It's not until the disease gets to the point where it's clear it is MS and not something else that we have absolute clarity of diagnosis - and this involves time," Spurlock said, noting physicians have typically had to take a 'treatment to diagnosis' approach. "Now, in the era of personalized medicine, the shift has been more toward correct diagnosis/early diagnosis and then treating the patient based on this information."

Spurlock said a move to the latter approach has been made possible by access to large data sets and improved computational capabilities. "For us, that centers on machine learning and being able to create computer models that are capable of determining presence or absence of disease based on data you provide ... in our case, that's RNA."

Scientists at the lab generate RNA data from the blood sample and then run that information through the customized computer system. "The backbone of our MS test is an algorithm that was developed using a thousand patients during the course of our research," he said of the MS platform. "It's similar for other diseases," Spurlock continued. "We looked at the molecular portrait and built a computer program to identify them."

He added, "What we've developed is a platform technology for RNA analysis and diagnosis of disease. RNA is dynamic. It's a real-time measurement of the activity of living cells."

While current panels are focused on diagnosis, the next steps are to look at RNA patterns in patients to assess disease progression and effectiveness of treatment options. Last month, IQuity was awarded a $1 million grant from the National Institutes of Health's Small Business Innovation Research (SBIR) program. This SBIR grant - the company's third - has been earmarked to further the ongoing analysis of long non-coding RNAs (lncRNAs) in multiple sclerosis, with a particular focus on developing tests to help physicians monitor disease progression.

"The best way for patients living with debilitating autoimmune diseases to lead happier, healthier lives is to receive an early, accurate diagnosis," said Spurlock. "Evidence shows relapses are often not as severe or frequent when a definitive diagnosis is made early in the disease process and tailored treatment options are started sooner."

For patients who have waited months ... or years ... for a diagnosis, this new technology offers great hope for faster, more accurate treatment. "Doctors need actionable tools, actionable information," noted Spurlock. "The faster we can right the ship, the better off the patient is in the long-term."

He concluded, "One day, if we can identify disease at the earliest point, then perhaps we can hold the deleterious effects of the disease at bay more than we can today. That's the whole goal."