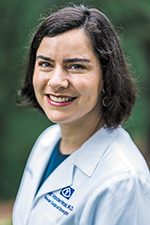 A number of medical and surgical oncologists in the Memphis area who specialize in breast cancer say they believe local healthcare systems and cancer centers have moved a step closer to improving cure rates because of the recent addition of new technologies, surgical techniques, partnerships and market-approved medications.

The introduction of new surgical technology at Baptist Memorial Health Care and a newly formed partnership between the University of Tennessee Health Science Center (UTHSC) and Methodist Healthcare bring new technological advancements and expertise to the area. Recent medications, approved by the Food and Drug Administration, as a result of clinical trials conducted at West Cancer Center, give breast cancer patients additional treatment options.

One new technological procedure that Baptist began offering in March to patients who are ideal candidates is intraoperative radiation therapy (IORT). According to Lindi VanderWalde, MD, surgical oncologist with Baptist Medical Group, IORT occurs in the operating room after a surgeon performs a lumpectomy. The surgeon prepares the breast for radiation and a radiation oncologist administers radiation to the cavity where the tumor was present with a balloon device. She says there are fewer side effects with the new technology and the long-term cosmetic results are better for the patient.

Previously, a patient underwent radiation therapy five times a week for three to four weeks after a lumpectomy. Now, says Dr. VanderWalde, the radiation is administered only one time during surgery.

Dr. VanderWalde says IORT is most effective for patients who are in the early stages of breast cancer and are postmenopausal.

The technology builds on the investment Baptist made last year on another device called the SPY Elite Fluorescence Imaging System, which enables surgeons performing breast reconstruction to visualize microvascular blood flow and perfusion in tissue in real time during surgery.

Dr. VanderWalde says Baptist is the first healthcare system to be equipped with the machine, which uses color to distinguish healthy tissue from dying tissue during breast reconstruction surgery. It reduces the likelihood of post-operative complications, such as infection, which can inflate medical costs. Additionally, she says the system removes the guesswork, and surgeons know immediately which tissue can be used during breast reconstruction. In many cases, the patient can receive a breast implant minutes after a mastectomy.

UTHSC plans to introduce new technology and improve diagnosis and treatment options for breast care patients in the Memphis area with its newly formed breast surgery section in its department of surgery, which formed a partnership with Methodist Healthcare in August. 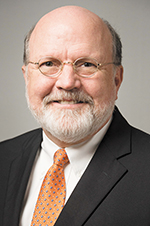 Five surgeons, specializing in breast cancer, have joined the team and will be embedded at two Methodist Comprehensive Breast Centers providing multidisciplinary care in the next six months, according to Martin Fleming, MD, associate professor and chief of the division of surgical oncology in the College of Medicine at UTHSC. Dr. Fleming will be leading the new section.

Dr. Fleming says the team will be able to collaborate with plastic surgeons and perform localized techniques and procedures at the same time, such as a lumpectomy and breast reduction in a multidisciplinary setting.

"This will provide a next level of care for cancer patients," Dr. Fleming said. "A breast surgeon will be able to map out a patient's care at the same location where the patient receives a mammogram and a biopsy."

As a result of the new formation, UTHSC will be involved in national collaborative trials through two research organizations, the SWOG Cancer Research Network and the Alliance for Clinical Trials in Oncology.

According to Dr. Fleming, the team has planned a series of lectures through the Congressional Health Network, a collaborative partnership between Methodist Healthcare and 400 Mid-South congregations, during October, which is Breast Cancer Awareness Month. The team will hold sessions to the public on Thursday nights focusing on the importance of screenings, self-examination, surgical treatment, radiation, chemotherapy and breast health.

Both Dr. Fleming and Dr. VanderWalde stress the importance of community outreach to eliminate fear and encourage early detection.

"As a physician, you see patients who have delayed getting treatment either out of fear or for financial reasons," Dr. VanderWalde said. "It's important to get out the message about the importance of mammograms because there are so many options now and the success rate is the highest it's ever been." 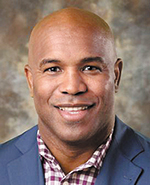 Medications recently approved by the FDA provide more treatment options for breast cancer patients, especially when the breast cancer is metastatic, according to Gregory Vidal, MD, PhD, medical oncologist and hematologist at West Cancer Center and associate professor of medicine at UTHSC.

An immune-based therapy drug called atezolizumab was approved in March to treat patients with advanced or metastatic triple negative breast cancer after successful results were reported in clinical trials.

Because the tumor isn't supported by these receptors, triple negative breast cancer doesn't respond to traditional hormone therapy and specific targeted therapies. Usually a patient is given chemotherapy to shrink the tumor, followed by surgery to remove it. As a result, the cancer has a higher reoccurrence rate. Only 10 to 20 percent of breast cancer patients are diagnosed with it, according to the Johns Hopkins Breast Center, but it's known to be a more aggressive type of breast cancer.

Another drug approved by the FDA earlier this year is the anti-estrogen therapy alpelisib. It's designated to be used in combination with chemotherapy in postmenopausal men and women with HR-2 positive and HER-2 negative advanced or metastatic breast cancer.

"We now have more medications in our arsenal to improve cure rates, but there still is a lack of options for more aggressive types of cancers," Dr. Vidal said.