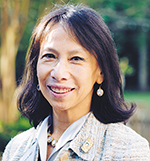 The Tennessee Medical Association has named Elise C. Denneny, MD, FACS as President. She will serve a one-year term as the public representative for the nonprofit advocacy organization's 9,500 physician members, and will hold a seat on the TMA Board of Trustees. She is the 165thphysician elected to serve in TMA's top role and the third female President in the association's long history. Dr. Denneny is an otolaryngologist with Greater Knoxville Ear Nose and Throat in Knoxville, where she has practiced for more than 30 years. She earned her undergraduate degree from Northwestern University, her medical degree from Rush Medical College in Chicago, and residency at the University of Illinois, where she served as Chief Resident for two years before completing head and neck reconstructive surgery fellowship, University of Michigan. A member of American Academy of Otolaryngology, she is board certified in otolaryngology - head and neck surgery. Dr. Denneny has been a TMA member since 1988 and has served in numerous leadership positions including the Board of Trustees and for the past year as President-Elect.