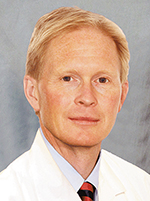 In March of this year, the longtime host of "Jeopardy!," Alex Trebek, made a brief, startling announcement before resuming his role of giving answers that beg questions from contestants.

The popular, 78-year-old Canadian told viewers that he had been diagnosed with stage 4 pancreatic cancer, one of the deadliest of cancers, which leaves as few as nine patients out of 100 still alive after five years.

Perhaps equally stunning, however, was Trebek's follow-up announcement on the show just three months later. He said he is in "near remission" and that chemotherapy treatments have shrunk some of his cancer tumors by more than 50 percent. The announcement received widespread media attention, including a cover story in a recent copy of People magazine.

"I think it would be a stretch to say that someone is in remission from pancreatic cancer, but if his tumors had down-staged or shrunk, that would not be terribly surprising to me," said Dr. Stephen Behrman, a pancreatic cancer surgeon at the University of Tennessee Health Science Center.

"It's a deadly disease, and in the metastatic setting it would be extremely uncommon for someone to be cured just with chemotherapy alone. In reality, he's eventually going to die from that, but having said that, many of our newer chemo-therapeutic agents will allow the disease to sometimes regress tremendously and allow patients to live a fair amount of time even though the disease is not completely eradicated."

Dr. Behrman acknowledges that he is not privy to the exact treatment Trebek is receiving, but notes that some newer treatments have shown success, such as immunotherapy which uses a person's immune system to attack cancer cells.

"If he has a mutation that's targetable with these new therapies, then a lot of times people can have dramatic responses to that," Dr. Behrman added. "That occurs in a minority of patients with pancreatic cancer, but some do have those mutations that will respond to immunotherapy.

The pancreas is an abdominal organ - about six inches long and shaped like a flat pear - that secretes enzymes that aid digestion and hormones that help regulate the metabolism of sugars. Signs and symptoms of pancreatic cancer often do not appear until the cancer is well advanced, but early warning signs include unexpected weight loss or onset of diabetes, back pain, itching and yellowing of the skin (jaundice). "The pancreas sits in tight quarters around the major blood vessels in our abdomen that go to our liver and our intestines, so it doesn't take a very large tumor to potentially grow around these vessels to the point we can't remove it surgically," Dr. Behrman said. "It's also just a very aggressive cancer. The natural history of the cancer is to metastasize very readily and very commonly as well. Oftentimes, by the time we diagnose it, it's too advanced for us to do anything."

According to the American Cancer Society, 56,770 Americans will be diagnosed this year with pancreatic cancer and 45,750 will die. In Tennessee, some 1,220 new cases are expected, as are 980 deaths. Apple founder Steve Jobs (2011) and actor Patrick Swayze (2009) both died from pancreatic cancer.

Though it is on track to become the second deadliest of all cancers, Dr. Behrman says there also are reasons for optimism.

"I think it's important that over the last five years, the cure rate has gone up by 1 percent per year, so we have essentially improved the cure rate by 5 percent," he said. "If you look at it historically, up until the last five years we were dead in the water, and now we're making very rapid advances in pancreatic cancer in terms of earlier diagnosis and treatment. I think we can look forward to clearly dramatic improvements going forward, though it's still a very tough cancer to work with."

The causes of pancreatic cancer are not well understood, though it is hereditary and can run in families where there is a genetic predisposition. Excessive smoking and alcohol intake, as well as dietary influences and environmental factors, also are believed to play a role.

Treatment generally involves a collaboration of specialists, including a radiation specialist, a surgeon, a medical oncologist and a genetic counselor.

"Most often with pancreatic cancer we start with chemotherapy, even if it looks like it can be removed with surgery, and sometimes we complement that with radiation," Dr. Behrman said. "Then hopefully we can get as many people in surgery as possible, and then after surgery we recommend more chemotherapy since it is an aggressive cancer.

"A big problem and frustration with pancreatic cancer is that we don't have a good screening test for it. For instance, we don't have a good blood test to screen people, so there's much, much research focused on what we call biomarkers or things we can test in the bloodstream or even on the pancreas itself to assess for pancreas cancer and catch it even before it turns into a cancer. Those are avenues of very aggressive research in 2019."

He said there is a vital need for more funding to support the research, and he applauds Alex Trebek for going public and raising awareness and getting the word out.

"He has been a great ambassador in that regard," Dr. Behrman continued. "I think awareness is one means in which we can increase funding in that area, whether it be donations or philanthropy, and hopefully we can spur the government on to increase funding as well."

Trebek has said the love, prayers and support he has received from family, friends and fans have played an important role in his turnaround.

"I say he's absolutely right," said Dr. Behrman. "I think attitude, when you're facing any cancer, is huge. I tell my patients that it's important to continue your life, and I applaud Alex Trebek for continuing to do his work because no individual patient with pancreatic cancer, any cancer, can control that. That's the job of the healthcare providers.

"I think the job of the individual afflicted with cancer is really to continue to live their life and not let the cancer consume that because otherwise cancer wins. I think that people who maintain a positive attitude and always continue to fight, that always carries them the furthest."