Jackson Madison County General Hospital (JMCGH) is one of four recipients to be awarded a grant from the Tennessee Department of Health for a pilot program that will implement dementia-friendly community principles. The Tennessee Dementia Friendly Community initiative focuses on reducing the stigma associated with dementia, increasing public awareness of risk factors associated with cognitive decline, increasing early detection and accurate diagnosis of dementia, and supporting faith communities in addressing the impact of dementia in their respective congregations.

The Tennessee Department of Health has developed a toolkit to help guide community efforts in raising awareness of risk factors associated with dementia, encouraging early detection and accurate diagnosis, and working with local community groups to support those living with dementia and their caregivers. JMCGH's Senior Services Department will oversee the project focusing on populations in both Madison and Crockett Counties.

Jackson Madison County General Hospital's Senior Services Department also provides a Resource Center for those with Alzheimer's and other Dementias, a local caregiver support group, and an Annual Caregivers Conference. For more information on the TN Dementia Friendly Community Project and other efforts to educate and support those families experiencing Alzheimer's and other Dementias, please contact JMCGH's Senior Services Department, 731-541-8757 or Regina.Smith@WTH.org. 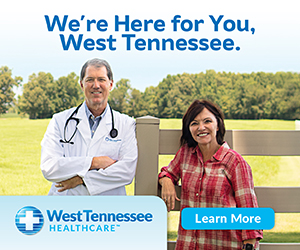