Tennessee Hospital Association Announces Selection of Next President and CEO 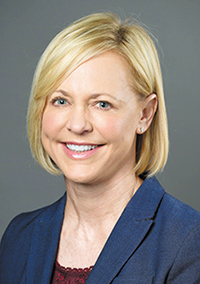 BRENTWOOD - Tennessee Hospital Association (THA) announced that Wendy Long, MD, MPH, has been selected as the association's next president and CEO.

Long will replace THA's current leader, Craig A. Becker, who is retiring after 26 years of service. The announcement comes after a seven-month national search to identify a successor for Becker.

Long has a long history of serving the people of Tennessee in multiple capacities and continued service through her leadership of THA according to Wright Pinson, MD, who currently serves as THA board chairman and also led the search committee.

Long most recently served as the director of the Metro Public Health Department for Nashville/Davidson County. She previously held the position of deputy commissioner of the Tennessee Department of Finance and Administration (F&A), serving as director for the TennCare program.

Pinson noted that Dr. Long unanimously was selected by the search committee and THA board.

In addition to her senior executive role at TennCare, Long held the positions of deputy director and chief medical officer with the agency. She previously was an assistant commissioner for the Tennessee Department of Health, where she oversaw core public health programs administered by the department, as well as the operation of regional and county health departments.

Dr. Long earned her undergraduate and medical degrees at The Ohio State University and completed a preventive medicine residency and master of public health program at the University of South Carolina. She was recognized in 2015 as a Nashville Health Care Council Fellow and is a past president of the Tennessee Public Health Association.

At the national level, she has been involved in health policy through the efforts of several organizations, including serving as a member of the National Committee for Quality Assurance (NCQA) Standards Committee and Health Advisory Panel of the Congressional Budget Office (CBO).