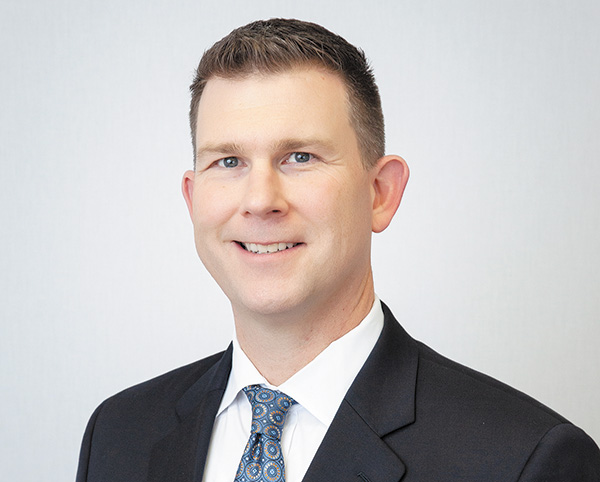 After ten years on the Board of Directors of the Jackson Clinic, PC, William Preston, MD, stepped into the lead position as president and chairman of the board on July 1st. While he has had several leadership roles during his tenure on the board that have prepped him to take the reins, he takes the helm with a sense of purpose and commitment to leading the clinic into the future.

A native of Boonville, Mississippi, Preston came from a family of physicians. His father and maternal grandfather were both doctors and medicine was all he ever remembers wanting to pursue. He received his undergraduate degree in biology as well as his medical degree from Vanderbilt University, graduating in 1998. His residency was completed at MedStar Georgetown University Hospital in Washington, D.C. Preston joined the staff of the Jackson Clinic, PC upon completion of his residency in 2003.

Besides a family of physicians, Preston says his family also instilled in him a legacy of leadership. "Both my parents were always active in some form of leadership, be it in the community I grew up in or in their career," he said. "Being involved in a leadership type role in my career sort of came with the territory. My father always said that as a physician you have the unique ability to make a positive impact, one patient at a time, but that as a teacher or leader, that circle of influence can be multiplied to many because you also have an effect on those influenced by the ones you first influenced."

Preston did not jump right into a leadership role when he joined the clinic. He only became involved as a board member ten years ago. In that time, he served as secretary and vice chairman of the board which he says has helped to prepare him to take over as chairman. He has also been involved with the board of directors for the West Tennessee Hearing and Speech Center.

"When I first joined the clinic, I was not even thinking about becoming involved with leadership or management. I just naturally gravitated to it over time," said Preston. "I was interested in the issues facing not only the clinic, but healthcare in general. I knew if I did not become involved in a leadership role as a physician then how could I be sure that there would be someone who would take us where we needed to go."

The biggest challenge of leadership, Preston says he has faced, is just the challenge of the change in perspective leaders must go through. "The challenge is to think organizationally rather than personally. You have to start looking at what is best for the greater good, even if that does not line up with what may be best for your personal interests. I think that is why some gravitate to leadership. It was definitely a motivational factor for me," he said. "Over the past ten years, I have learned how to have that mindset. At first you have a narrower frame of reference that you filter things through. Then as you go along, it becomes easier to think more globally about the organization."

Time management is also a challenge for this busy otolaryngologist who has had to learn to juggle, not only a busy practice schedule, but the demands of his role at Jackson Clinic and that of husband and father. "You find the time to do what you really want to do and those take the time you have to give them," said Preston. "It is like writing a term paper in college. If you have six days to write it, it will take that. If you only have four hours, then it will take that. It is really an evaluation of what you want to have as your priorities. I cannot tell anyone how I find time to do it, I just do. Luckily, my family, friends and colleagues have been supportive."

Preston says it is about finding balance between clinical, administration and personal time, all of which he says are hard to say no to. "I think that is the conundrum many leaders face," he said. "As this organization is comprised of physicians, I feel it is so important that the leaders be practicing physicians as it gives more street cred with those in the organization. We are pro physicians and feel like that is who needs to be leading us into the future. If we don't lead, then no one is going to take us where we need to go which is why I think it is so important for physicians get involved in leadership. It gives you a completely different perspective on healthcare, the practice of medicine and running an organization."

As the healthcare industry is in what seems to be a constant state of flux, Preston says there are constant changes that have to be dealt with. "We are investing a lot of time and money in shifting from the fee for service model to an outcome/value-based model," he said. "Moving forward, we want to expand our population health management efforts and our primary care base as well as utilize what we have learned to provide higher quality and more affordable healthcare to our patients. We are also always looking to partner with people and organizations that share our mission and goals."

Alternative sites of care are something the clinic is also exploring. "The healthcare system has been hospital centric and patients, payors and employers are looking to shift away from that when appropriate," said Preston. "We are looking at high quality more affordable sites such as urgent care centers, telehealth options or being able to provide other sites of care besides a hospital for procedures since these can help overcome transportation barriers that exist in rural healthcare."

While the organization has goals, Preston says his view is more altruistic. "It is all about how you prioritize. If you put the patient first, not a department or even the clinic, then everything else will fall in line," he said. "It is really about being able to recognize and enjoy being a part of something bigger than yourself and having a positive impact on that. The clinic's goals are my goals. If the organization succeeds and grows, then that is part of my legacy."

Preston is married with two children. His wife is a dermatology nurse practitioner. His children are avid soccer players which Preston says keeps them busy on weekends.