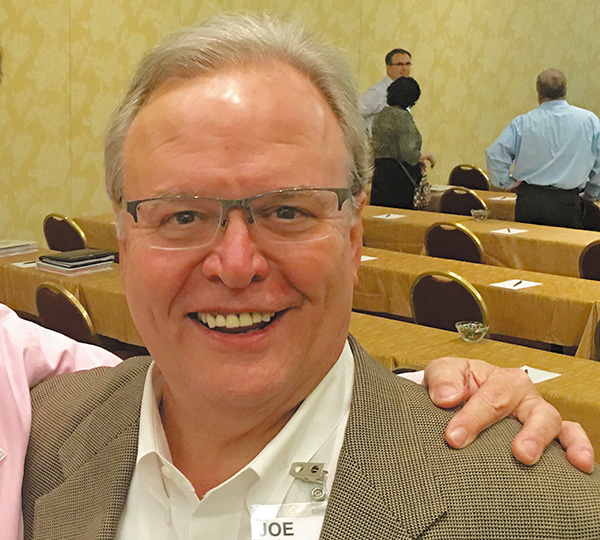 After spending the majority of his professional career on the financial side of tractor companies, Joe Shelton made one heck of a career change to become the administrator of a skilled nursing facility in rural West Tennessee. But it wasn't just any facility. It was the one in his hometown and just happens to be right around the corner from where his mother lives. It was coming home that inspired Shelton to shift careers to one that required him to have to learn the business from the ground up. As administrator of National Healthcare Corporation (NHC)- Somerville, Shelton takes the responsibility of caring for his hometown folk very seriously.

Shelton graduated from UTK with a degree in economics and also earned a master certificate from the LSU Graduate School of Banking. The bulk of his career was spent working in the finance departments of Kubota and Caterpillar Tractor companies. When his father began to decline from Alzheimer's, Shelton came home to Somerville to help care for him.

"I wanted the time with him, to care for him and help him leave with dignity. It was one of the dirtiest, toughest, most fulfilling jobs I have ever had," said Shelton. "It had such an effect on me. When the chance came up for me to get into this industry, I knew I wanted to take it. The fact that it meant I would get to do it in my hometown, meant even more."

While home caring for his father, Shelton had lunch with the administrator of the NHC facility, Warren Adams, who was retiring. "I thought it would be an interesting job to take care of that segment of society," said Shelton. "He thought I would be perfect and while I had no background in it, he said they could train me. A few weeks later he called me, and I took the job."

Shelton trained in other NHC facilities and learned the business from the ground up. "I scrubbed toilets, changed beds, cooked in the kitchen and even became a certified nursing assistant," he said. "They run the training program so that you understand how everyone works together. When I finished the program, time up I came home to NHC - Somerville and that is where I will stay."

National Healthcare Corporation was started by Dr. Carl Adams in the 1970s. Based in Murfreesboro, Tennessee, the company started with thirteen nursing home facilities in Middle Tennessee. Today the company is one of the largest in the industry with more than 10,000 beds across its facilities in Tennessee, South Carolina, Kentucky, Alabama, Missouri and the Northeast.

"In the past, it seemed that every time a patient went in a nursing home, they never came out. NHC thought there had to be a better way and in doing so revolutionized the industry," said Shelton. "Our job is to get them in and get them back home because no one wants to spend time there, not to say we don't have long term patients, but we know most folks don't want that, so our facilities offer more therapies to help get patients stronger and back home."

NHC-Somerville is a 78-bed skilled nursing facility with an average occupancy rate of 97 percent, one of the best in the region. It offers in-house physical, occupational and speech therapies. There are 110 partners, the term used for employees, at the facility and all have to ability to buy into the company if they wish.

Shelton says that this industry is totally different from anything he was used to in the financial sector but that he loves it. "I get to deal with people from the greatest generation ever," he said. "And they are just good people. Going back home has meant so much to me because I am caring for some of the men and women who helped raise me. That is just how it is in a small town. We have several residents who were big influences on me growing up, so it's like taking care of my extended family."

Not having a medical background is an asset for Shelton. "I look at things differently. In a business environment things have to flow a certain way, but here, it can be about the process," he said. "Also, I bring a passion and love for people that takes precedence over any process or idea I have. These are my people and that is what drives me and what makes me successful here. I have a history with them and a desire to serve them. I have an added attachment to this town and these people, which gives me a greater emphasis on them."

As with many in the healthcare industry, personnel can pose the biggest challenge. "In this industry, turnover is staggering and getting and keeping skilled workers can be a challenge for anyone," said Shelton. "We have tremendous partners here and have the lowest turnover in my region at NHC. That is because our partners are family, and we work to promote that feeling and support them. For instance, we know that at the end of the pay cycle things may be getting tight for our partners, so we provide lunch. It may just be hot dogs and chips, but it helps."

There are two major projects that Shelton hopes to see completed in the next five years. "We hope to expand our therapy gym so that we can double the space we have to perform therapy services," he said. "And we want to provide more outside activities, which is not as easy as it sounds because it is more than just being able to get people outdoors, it has to be in a safe environment. That can be an issue with Alzheimer's and dementia patients. We are looking into some innovative fencing and doors to keep an area under a big oak tree secure for all."