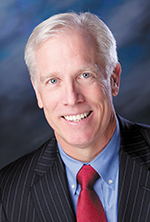 Across West Tennessee, the role of CMO may take different names but they are a vital part of the changing healthcare scene

One of the most important and challenging leadership roles within healthcare is the Chief Medical Officer. They have even been described as the Influencer in Chief, challenged to bridge the gap between administration and medical staff. Their role is no longer a luxury but has become a necessity for the successful functioning of today's hospitals and healthcare organizations be they large or small.

Over the past 20 years, the CMO role has evolved far beyond peer review and privileging, to include utilization review, program growth and development, practice acquisition, integrating health systems, and aligning and coordinating ambulatory and inpatient care, technology acquisition and implementation, process improvement, and regulatory compliance, among others. Whether a hospital is a part of a healthcare system or stands alone, the impact a CMO can have is evident but how they are utilized can be dependent upon the size of the organization.

"The necessity and role of a CMO in a hospital is dependent upon multiple parameters. The utilization of CMOs varies from the role of the CMO being performed by the medical staff's chief of staff or members of the medical staff, to part-time roles and full-time roles," said Nick Lewis, CEO of Hardin County Medical Center. "The question of need for a CMO isn't size dependent as much as it is how an organization answers the following question, 'What is significant and yet to be accomplished for the benefit of the whole community which could be accomplished or impacted with a physician leader?' The CMO is a pivotal role as a liaison for both the medical staff and the hospital." 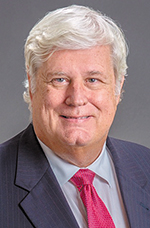 "The role, and even if there is a CMO, can depend on the size of the hospital," said Bob Pryor, MD, Chief Physician Executive for West Tennessee Healthcare. "While a smaller hospital may not have a designated/defined CMO position because its medical staff is small, they will have chief of staff or some sort of physician leader that does that role in that facility." 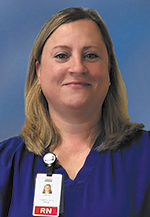 "Large facility CMOs' responsibilities vary greatly as they have a larger pool of physicians in which to ensure that they are practicing appropriately. In a smaller rural hospital, I think there is a greater opportunity for the CMO to collaborate with all entities in the healthcare arena and ensure that we deliver a more patient-focused care delivery model. Our ability to meet our patients needs and provide patient-centered care is contingent on our ability to work effectively as a team," said Wendy Trickey, CNO, Hardin County Medical Center. "In order to collaborate better with all members, having the CMO in our facility is pivotal. He has the ability to communicate effectively with all team members, as well as works well with others to implement change in our organization. It is important to have buy in for change implementation from all that will be impacted by the change. He assists us in ensuring that we look at all aspects of our care that the change we are implementing will impact to ensure that we make the best possible decision for all involved."

"Physicians spend a significant portion of their lifetime preparing for the practice of medicine. Their training is intense and demanding of perfection with a focus of providing for the patient," said Lewis. "A leadership role for the CMO physician on the management side of an organization isn't necessarily backed with years of education and training. Physicians learn quickly because of an acquisition for knowledge he/she possesses. My experience has been physicians step up to the challenge of a role, which requires them to think and act somewhat outside of the career for which they have been trained. What they don't know, they will learn." 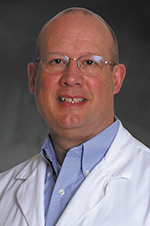 Jackie Taylor, MD, has recently taken over as CMO for Jackson Madison County Hospital, the flagship of West Tennessee Healthcare (WTH), after serving as acting CMO for six months. Prior to that, he was the assistant CMO for the past four years. As WTH continues to grow as a system, Taylor sees the CMO role growing and evolving with it. "As CMO of Jackson General, I work with all the other hospitals in the WTH system. In our smaller hospitals it is often the chief of staff that will fulfill the role as the demands of a small staff do not require a physician be dedicated to it full-time. In working with the other hospitals in our system, I hope to be a resource for them since we can all learn from each other."

Taylor, who is phasing out of practicing medicine because his role as CMO requires more of his time, sees the CMO role as a go between administration and the medical staff, who is there to help both sides. "My first step into formal administration was when I became medical director of the ER, which allowed me to see more of what administrators do. It intrigued me and I found there was so much about that side of healthcare that I liked and was challenging," he said. "With over 300 physicians on our medical staff, this role is demanding of my time. I still work a few shifts in the ER but do see me phasing out of practice and into full-time administration at some point. As CMO, I actually can have a greater impact on more people than I do as a physician."

"In our hospital, the CMO role is only part of the role for a full-time practicing physician. If a physician was designated as full-time in a facility our size (less than 80 beds), the physician might lack credibility. Some members of the medical staff might think, and some would say, 'You've forgotten what it's like to be a doctor,'" said Lewis. "A CMO is more likely to be acknowledged and accepted by the medical staff if they are actively engaged with providing care. The medical staff needs to recognize the need in order for the CMO role to be accepted in any organization."

"Nationwide, the CMO position has been evolving," said Pryor. "It used to be the VP medical affairs was a retired physician that had a good clinical career who helped manage the medical staff and handled complaints. Today the CMO is truly an executive position that brings the clinical focus and business focus together. Many have acquired their MBA degrees because they are now involved in mergers and acquisitions, contract negotiations, budgets, safety issues and often have departments that report directly to them."

"The role of the CMO is not to be the peacekeeper but rather the interpreter and collaborator for all parties. The role of the CMO is membership on the executive leadership committee/team. A CMO is a "must have" for any executive committee/team," said Lewis. "The knowledge a CMO gains from being a member of an organization's executive leadership team helps to interpret the activities and direction of management for physicians and other clinical personnel; while it also serves to educate and create an understanding of the medical staff's view or perspective for management.

"Physicians are part of the patient care team and must be included as much in organizational planning and change management/implementation as possible in order for hospitals to be able to meet organizational goals," said Trickey. "The CMO role assists us in getting everyone within the organization working toward common goals and assisting us in staying on track. I could not imagine trying to accomplish these things and being effective without a CMO."