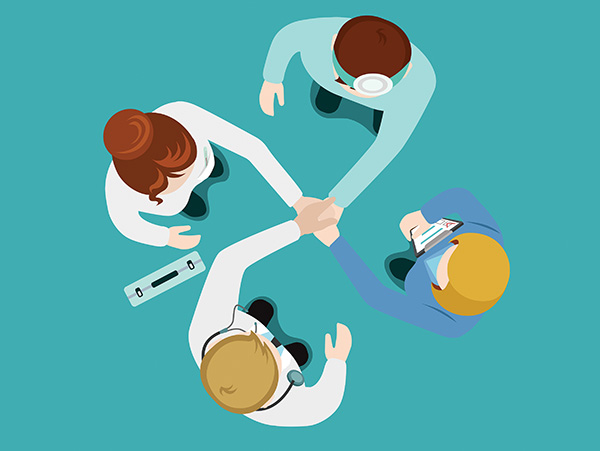 Everyone wins the benefits of an Accountable Care Organization

Since their inception, accountable care organizations (ACO)s have blazed a path of innovation in the healthcare industry, from delivery to quality of care. Originally established in 2012 as a Medicare payment model, an ACO is a group of healthcare providers who voluntarily come together to coordinate healthcare services and engage in value-based payment models.  These provider-based networks utilize data analytics and population health management strategies to increase efficiency, improve patient outcomes, and reduce healthcare costs.

West Tennessee Clinical Partners, an ACO centered in Jackson with clinics and providers spread across the region and throughout Kentucky serving over 30,000 Medicare beneficiaries is reaping the benefits of this program. What makes this group unique for this area is that it was formed without the assistance of a major healthcare system or hospital. Dustin Summers, CEO of West Tennessee Clinical Partners, began laying the groundwork for the organization in 2014.

"I knew that ACOs and the Medicare Shared Savings Program would come to the forefront with the passing of the Affordable Care Act," said Summers. "I started laying the groundwork for this group through an Independent Physician Alliance I was working with, which allowed me to get the wheels in motion very quickly.

I figured Vanderbilt, the Jackson Clinic and West Tennessee Healthcare would be forming their own ACOs, so we needed to have a similar program. It was important to me to empower independent, primary care providers as they struggle to stay afloat in this era of healthcare where bloated systems swallow up more and more practices."

In January of 2015, six clinics formed an ACO named West Tennessee Clinical Partners and was officially recognized by Medicare. Imperium Health Management out of Louisville played an integral role in the group's formation. "We started with just primary care doctors in West Tennessee that we knew were pretty engaged and that could work in conjunction with each other. We also knew we wanted it to be a doctor driven group with no hospital involvement. Not every doctor we approached wanted to be involved. We started small, covering about 7000 Medicare lives for the first few years. You have to have at least 5000 to even be recognized as an ACO," said Summers. "Initially, we were hesitant to take on anyone outside of West Tennessee but after the first few years we added several clinics in Central and Eastern Kentucky who were made up of doctors very similar to the ones in our group."

The ACO did not hit a shared saving distribution bonus in its first few years of operation but it did reveal a lot of data and insight into these practices that otherwise might not have been seen making participation in the program worthwhile especially since it cost nothing. In 2018, Medicare changed the formulation to include physician counterparts in the region. "It was already a high bar to clear when they were on their own but then when you compared our physicians to their counterparts, it made things more interesting," said Summers. "We knew what our doctors historically cost Medicare and as the system was built on being able to save money, we were already pretty streamlined. But our group fared very well, and they were rewarded for work they had been doing."

One of the first hurdles Summers faced was making sure physicians and patients knew what an ACO was and how it could benefit them. More than simply a network of providers, the ACO is focused on streamlining and optimizing the quality of care.  This is done by using data and best practices to reduce duplication of medical services, close gaps in care, deliver effective preventive care, and coordinate services across the care continuum, thus producing better outcomes for healthcare dollars spent. The goal of an ACO is to help the healthcare system reduce its overall spending by rewarding value instead of volume. ACOs reward providers for balancing spending and quality by giving successful participants a portion of the savings, compared to typical fee-for-service rates, they achieve for their payers.

"An ACO provides the doctor far more insight into the care their patients receive beyond the clinic, which makes for better continuum of care from primary to specialist to hospital and beyond. The practice gets specific data on where patients are receiving care and the outcomes," said Summers. "It allows the physician to have empirical data on what is happening outside of the clinic, where there are inefficiencies in care, what the outcomes are and where the best care is being provided for their patients."

Growing the ACO is always something Summers is looking to do but in a very intentional localized manner. "We have to be sure that a physician or group is a good fit before we consider adding them to our organization. Medicare also can provide some insight on a doctor for us so we can see if there are any outliers in their practice that may be red flags," he said. "The great part of it is that not being tied to a bigger health organization our members can remain independent and autonomous while not drowning financially. We are one of only three groups in our region and are the only one not tied to a larger health organization, beyond that clinics participate in national ACOs that are spread across the country."

The ACO model continues to evolve, but it seems to be here to stay. Although they started as a public option under Medicare, ACOs have grown into a force in the commercial payer market and West Tennessee Clinical Partners is following suit. With more than 20,000 patients in 2019, the group is pursuing multiple contracts with private insurance companies.